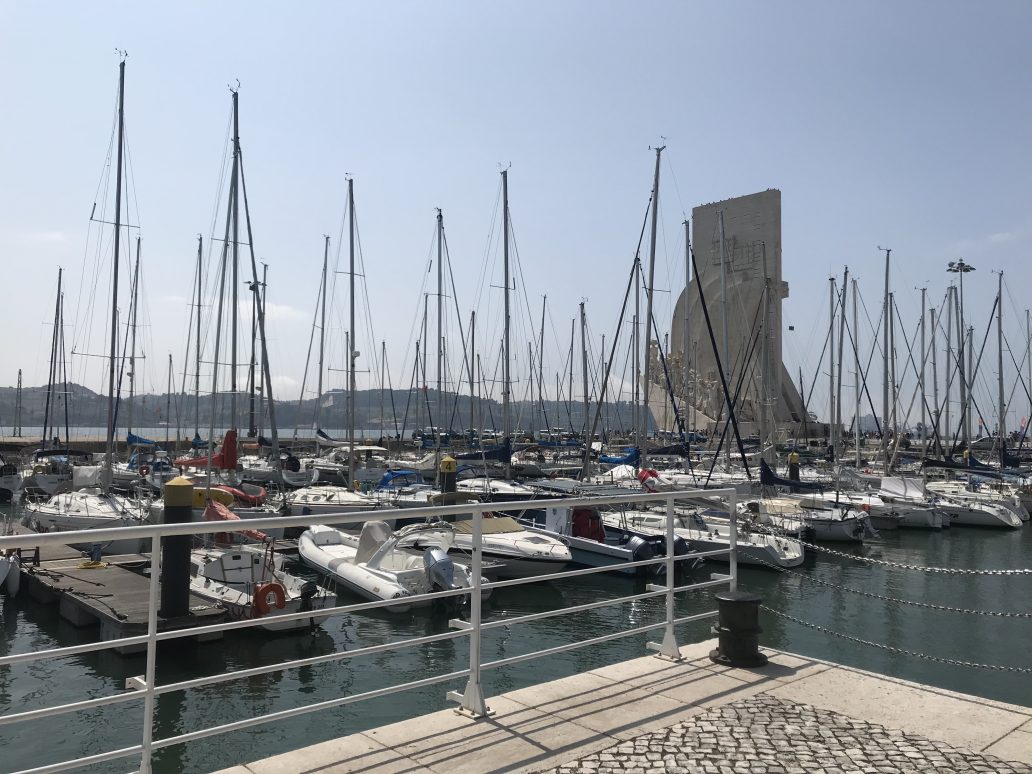 In September, I was lucky enough to be given the opportunity to visit Lisbon on a FAM trip.

For those unfamiliar with the term ‘FAM trip’ – this is a familiarisation trip organised by travel providers with the purpose of educating relevant industry professionals on a city/country’s history, tourism, suppliers and venues.

Even with only a couple of days to explore, our group managed a breakneck, whistle-stop tour through 3 regions, in 5 different forms of transport.

Here are just some of the highlights:

Early start from Edinburgh to Lisbon via Brussels, with a swift pick up early afternoon from Lisbon Airport to the Marina Parque das Nações, for a speedboat ride along the Tagus River.

We travelled to Belém, the district to the west of central Lisbon, offering many of the capital’s most iconic tourist attractions, such as the Belém Tower, the MAAT (Museum of Art, Architecture and Technology), and Jerónimos Monastery.

Once back on Terra Firma (looking windswept and dishevelled), we took a walk along the water front to look at the infamous ‘Henry the Navigator’ statue – the monument was built to celebrate the 500th anniversary of the death of Prince Henry, who discovered the Azores, Madeira and Cape Verde, and features 33 prominent people of that era. At 160ft high, it offers visitor access to the rooftop to experience fantastic panoramic views across the river and city.

From the marina, we jumped onto the Caravel on Wheels (tour bus) and were given a Pastéis De Belém – I can only describe these Portuguese delicacies as little heaven-sent cinnamon pastry dreams. They were made at the Pastéis De Belèm Bakery, which is said to be where the pastry was originally created in 1837. There is often a long line on the street to wait in for one of their goodies! 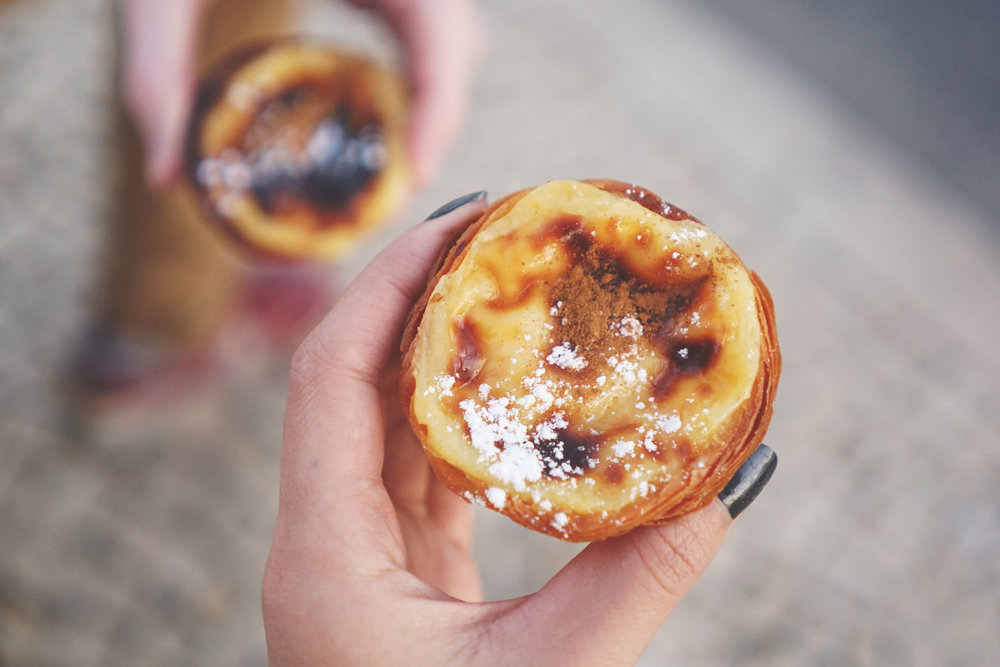 Next, we embarked on the culture vulture part of the trip visiting some of Lisbon’s most historic and renowned venues and landmarks, including:

Terreiro Do Paço – Lisbon’s most emblematic square, situated downtown near the Tagus River. The square offers beautiful art & sculptures, shopping & restaurants, and plenty of space for both walking and relaxing.

Picadeiro Real – this is the National Coach Museum that houses a collection of vehicles, uniforms, harnesses and accessories, all from the late sixteenth to the late nineteenth century. The room pictured can below can be hired out for private events – admittedly quite a niche look but pretty amazing nonetheless.

Pátio da Galé – this impressive venue is where the Royal Palace was located until an earthquake wiped it out in 1755. A modern renovation carefully rebuilt it to its former glory and it now hosts a wide variety of corporate and private events which include the Lisbon Fashion Week and the Lisbon Fish Festival. 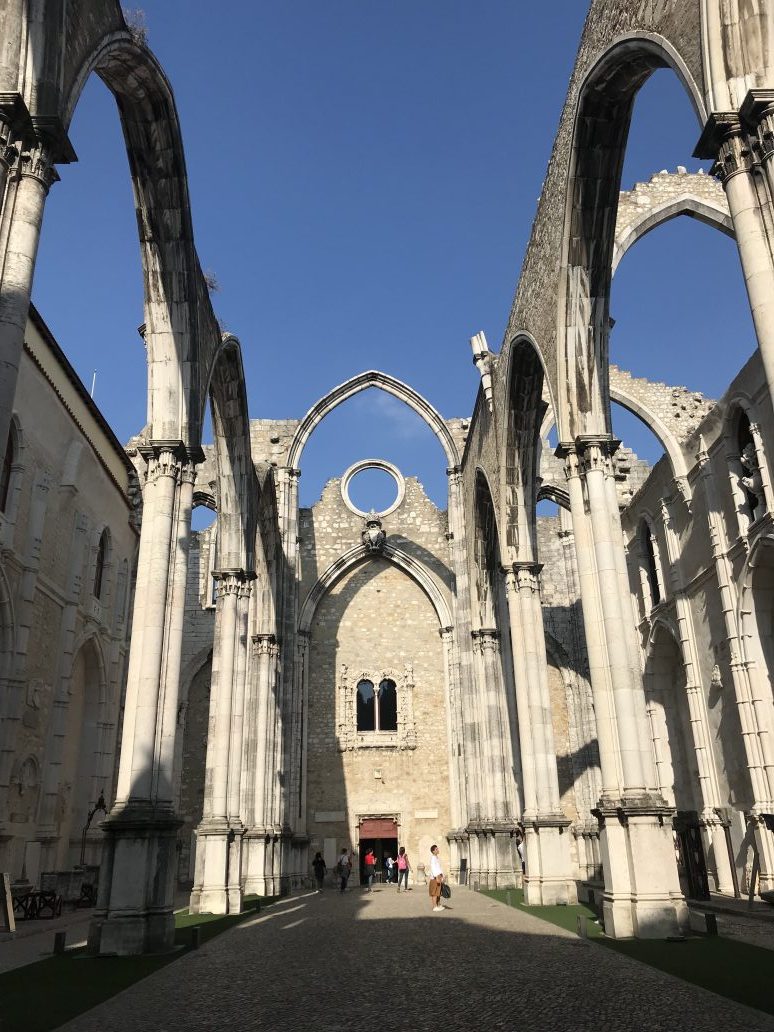 Ruinas do Convento do Carmo – lastly, this breath-taking venue was a former Roman Catholic convent which was also reduced to ruins during the sequence of the 1755 Lisbon earthquake. It sits in front of Carmo square and is used as a venue for both private events and weddings.

After a busy day of sightseeing some of Lisbon’s most unique and popular venues, we checked in to the Inspira Santa Marta, a 4-star boutique hotel in the heart of Lisbon. From here, we took a short walk through the cobbled streets to Solar dos Presuntos, a well-known family run restaurant offering high-end Portuguese cuisine. 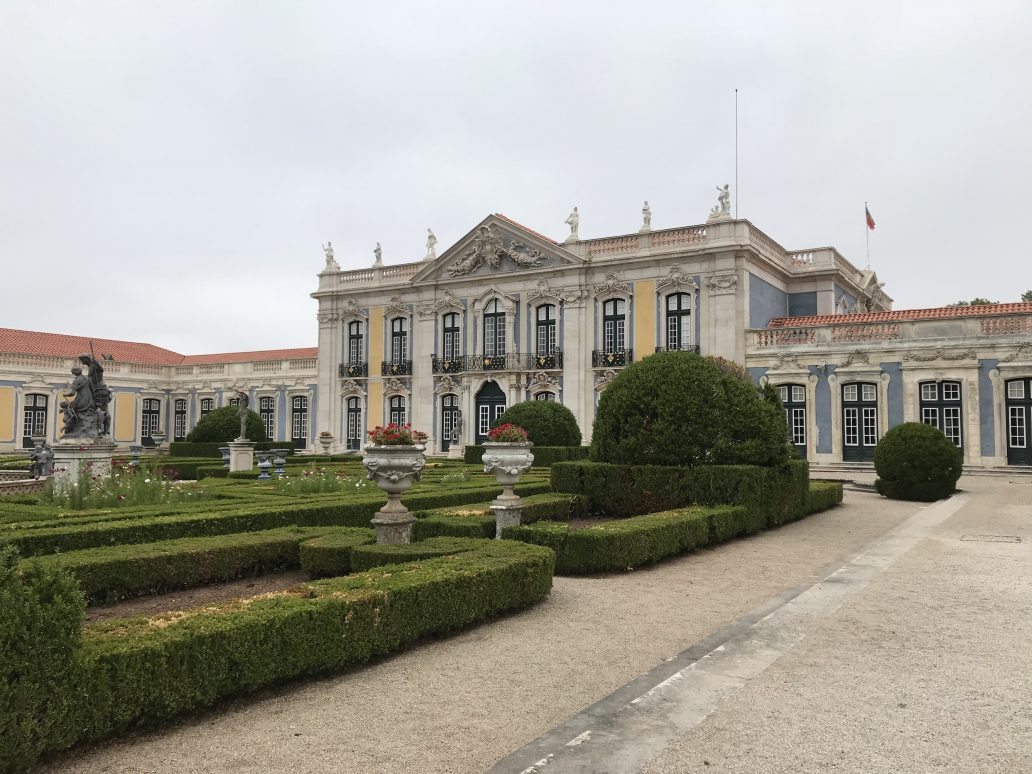 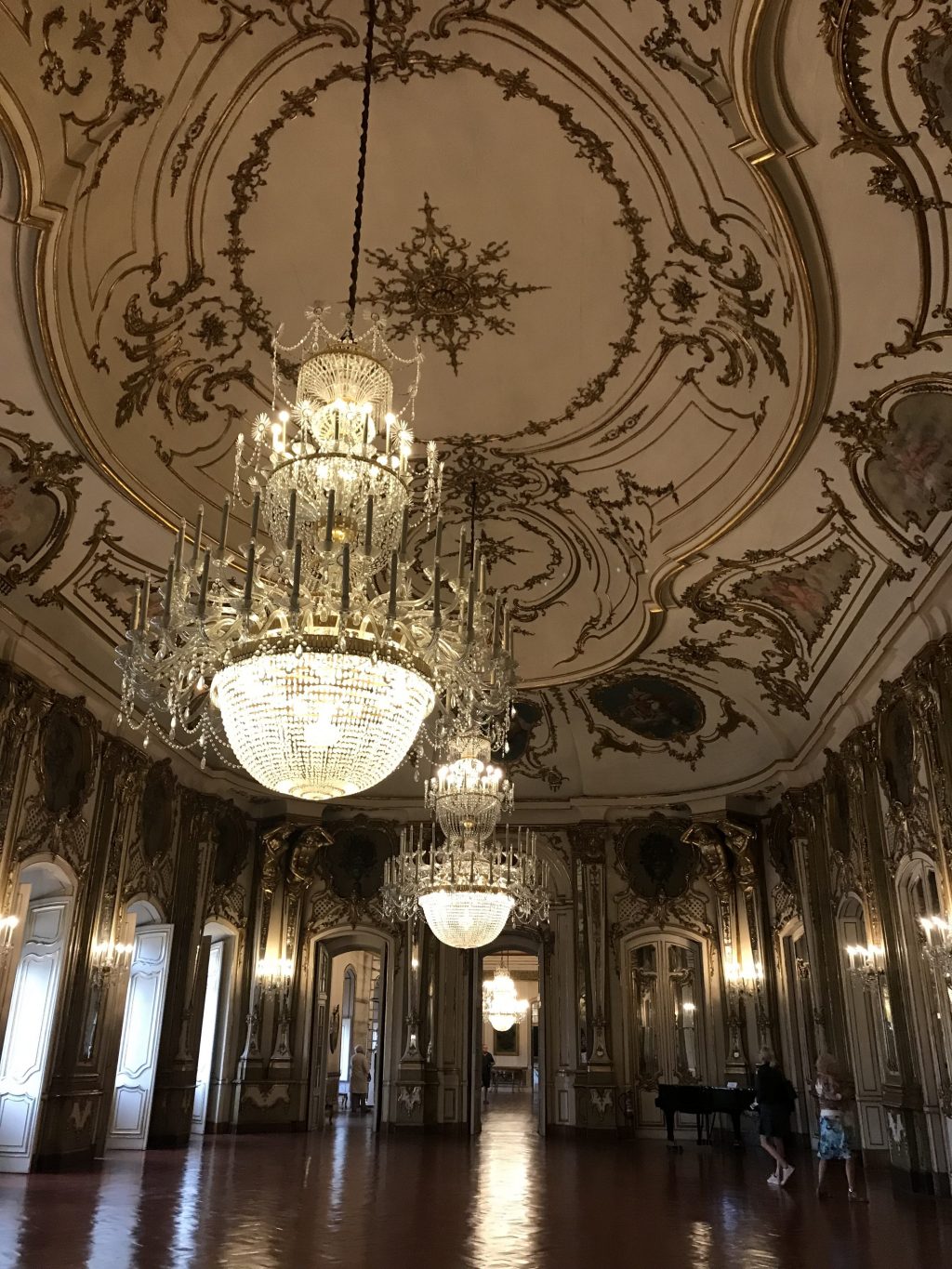 We were whisked off to Queluz Palace, which was the royal residence of two generations of monarchs. It is situated 15 minutes away from Lisbon and today constitutes a major heritage site in Portuguese architecture and landscaping. These days it is used for concerts, exhibitions, and private events. 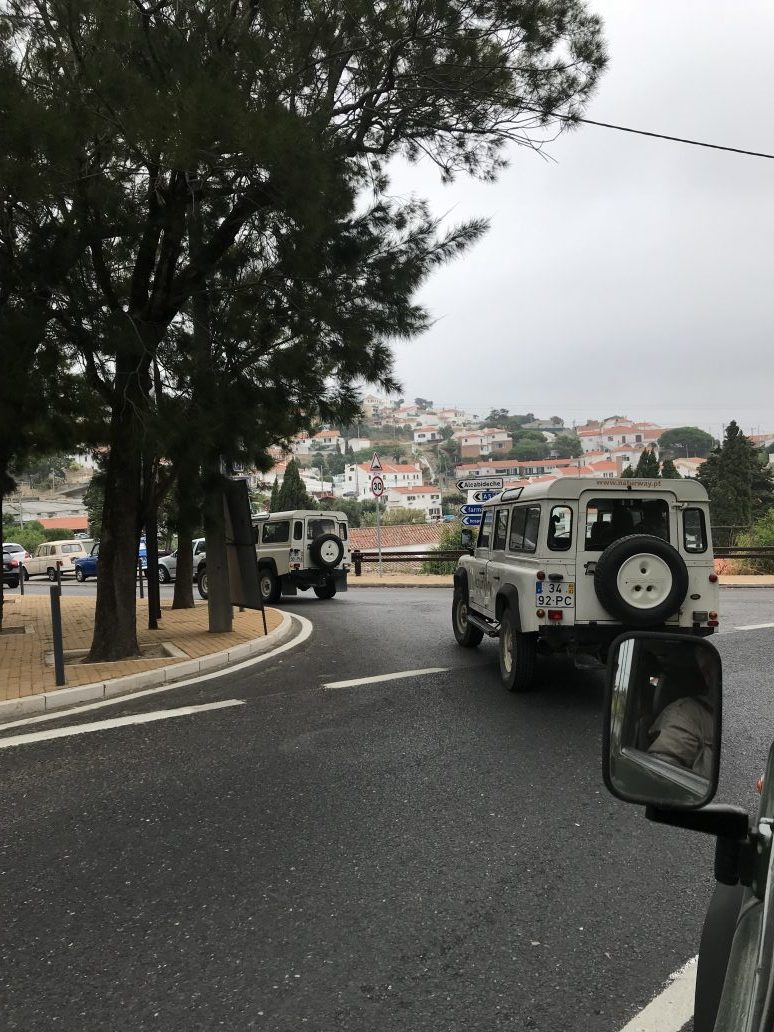 From here we travelled to Sintra, a resort town in the foothills of Portugal’s Sintra Mountains. The group were ushered onto a convoy of jeeps for off road driving through the hills of Sintra and coastline of Cascais. This was one of the most memorable moments of the trip and enabled us to see Sintra and Cascais in their full integrity and beauty! 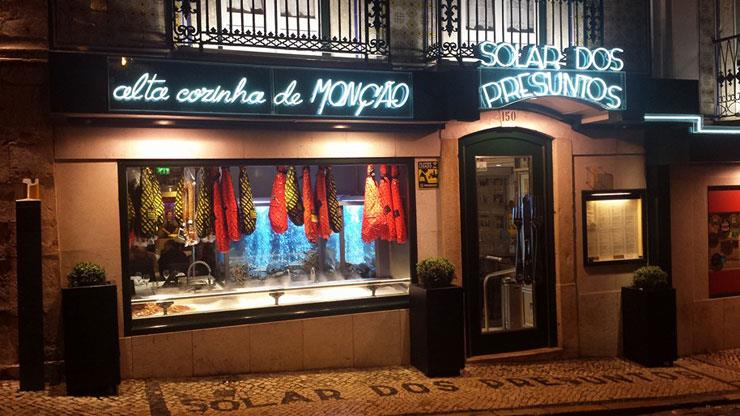 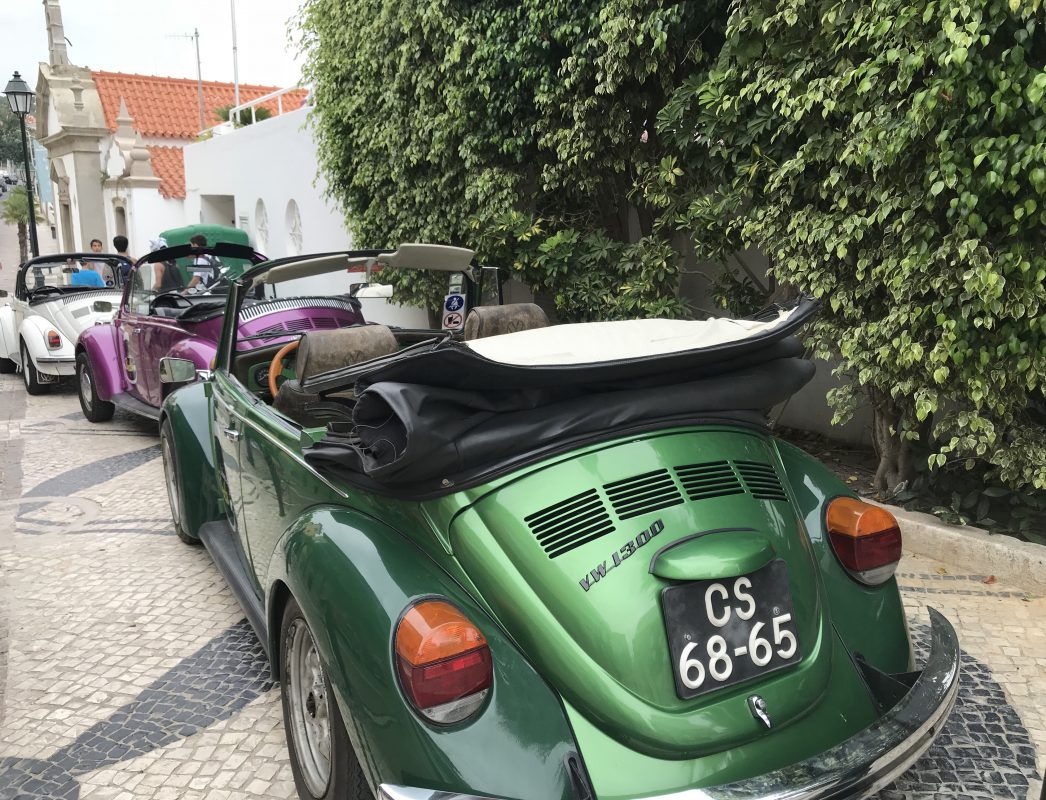 To catch our breath we stopped for lunch, courtesy of the 5 star Albatroz Hotel. This hotel is situated on the cliffs by the water, with views of both Estoril and Cascais Marina. It is in the process of being fully renovated and set to be a go to hotel in Sintra! 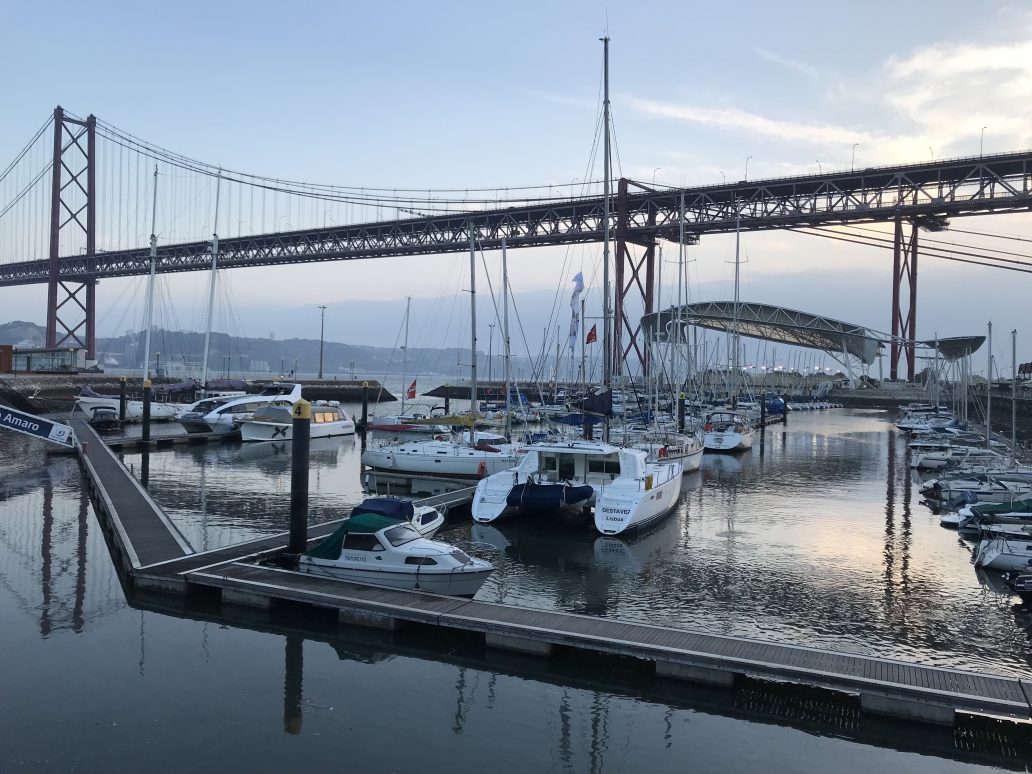 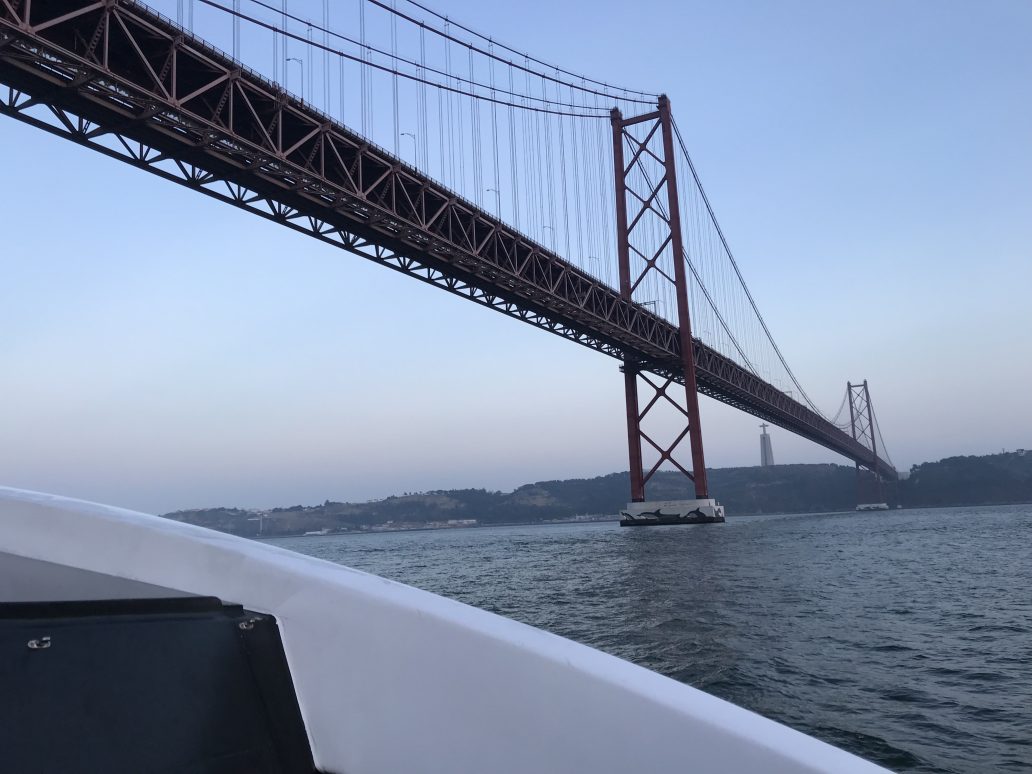 To travel back to Lisbon, we were split into groups and each allocated a coloured vintage beetle. We spent the next hour cruising along the coastline with the top down!

To end an incredible 2 days, we were treated to a farewell dinner and drinks reception on a private yacht, sailing through the Tagus River. We sailed beneath the 25 de Abril, the suspension bridge that connects Lisbon to the municipality of Almada. It closely resembles the golden Gate Bridge in San Francisco and sits at a length of 2.3km.

Ok, we couldn’t go all that way without doing a bit of work – we did attend a workshop with 15 local suppliers of the Lisbon Convention Bureau, held at the Tejo Power Station.

The workshop gave us an opportunity to discuss our companies, and what we could each bring to Lisbon as a destination for clients. It was great to be able to chat to those working within the hospitality industry and receive advice and helpful tips on the dos and don’ts for large groups visiting Lisbon!

The trip was an amazing, action-packed, whirlwind 48 hours. Lisbon is such a vibrant city, and with a wonderful mix of old and new, it manages to be picturesque and cutting edge at the same time. It has an incredible range of venues to suit all events and occasions, with architecture and views to kill for.

As far as Fam trips are concerned, this one came in above the rest! 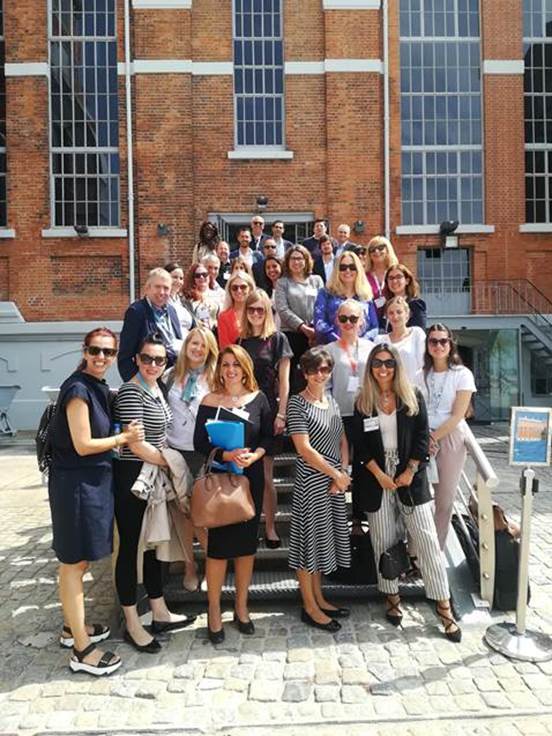