HOW TO SURVIVE WITHOUT THE FRINGE

Exactly a year ago today YOURgb wrote a blog on HOW TO SURVIVE THE FRINGE. It is with great sadness that I am now writing a blog on how to survive without the Fringe. It is for the best though, to help fight off this virus. So, while we cannot dwell in sadness too much, it is worth having a look at what the Fringe really means and what it really is. Looking past all the irritating flyerers, the -tricky to navigate through- dawdlers and the late closing time of Edinburgh’s finest night clubs, the Edinburgh Fringe brings more than just noise to the capital. 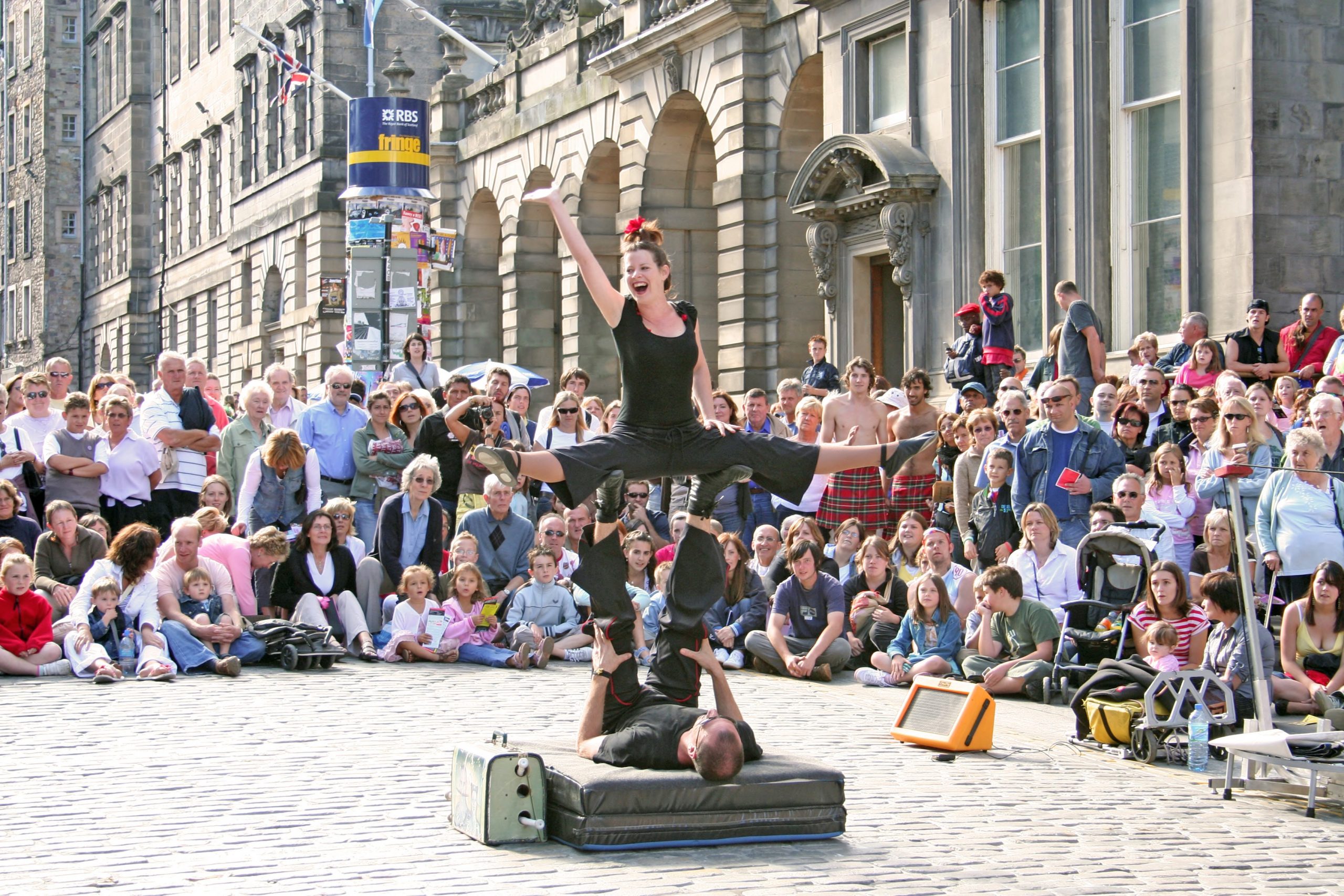 “The Fringe is estimated to be worth around £200 million to the wider Scottish and UK economy. Thousands of artists and cultural entrepreneurs across the UK rely on the Fringe annually as a key milestone for employment”

So, no matter how irritating it is, no matter how it’s “not about the locals anymore” it is a sizeable chunk of change to our economy in such a short period of time. To put it into perspective, each single day of the Fringe is responsible for £9,523,809.52 to the UK economy (sort of). 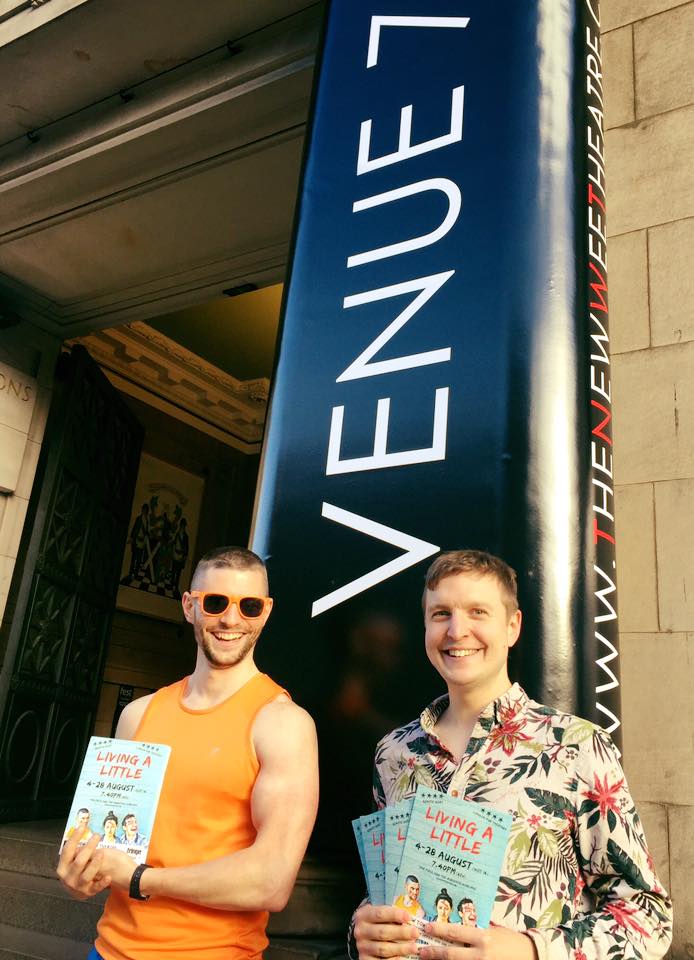 4 years ago I was that irritating flyerer, hopefully I will be again in 2021!

It first started back in 1947 when the Edinburgh International Festival was created for the UK to try to become more “pally” with Europe after the 2nd World War. It was then that 8 rogue theatre groups (6 Scottish and 2 English) decided that they should have been invited to the party so tagged onto the side of it, or should I say, “fringe” of it (I should say fringe because that is literally why it’s called the fringe). Fast forward 72 years and the 8 theatre groups that put on between them 10 shows, has turned into 3841 shows involving theatre companies from 63 countries!

The spirt of the Fringe is rebellious, ambitious, different and a lot of fun. Everyone going there is wanting to have the best time. The performers are wanting to put on the best shows, the audience are wanting any show they see to be amazing. There is a willing energy that spreads across everyone there who is open to it. When it’s on, and you find yourself fighting against the buzz, my advice is don’t. Give in to it entirely.

I think in order to survive without the fringe this year we all need to make a collective effort to keep that positive energy through Edinburgh during August. Enjoy yourselves, go and take advantage of the Eat Out Help Out scheme and support all the local restaurants that would’ve otherwise had a bookings boom due to the Fringe.

And hey – you can still support the Fringe! Even though it’s not physically happening in 2020, it is like most things at the moment going virtual!!

Check out A Fringe Reimagined, each Friday in August there will be a 60 minute variety show that you can watch online for a small fee which will include performances of shows that had registered for this year’s Fringe. 100% of your money will go towards them to help fund their show for the 2021 Fringe. 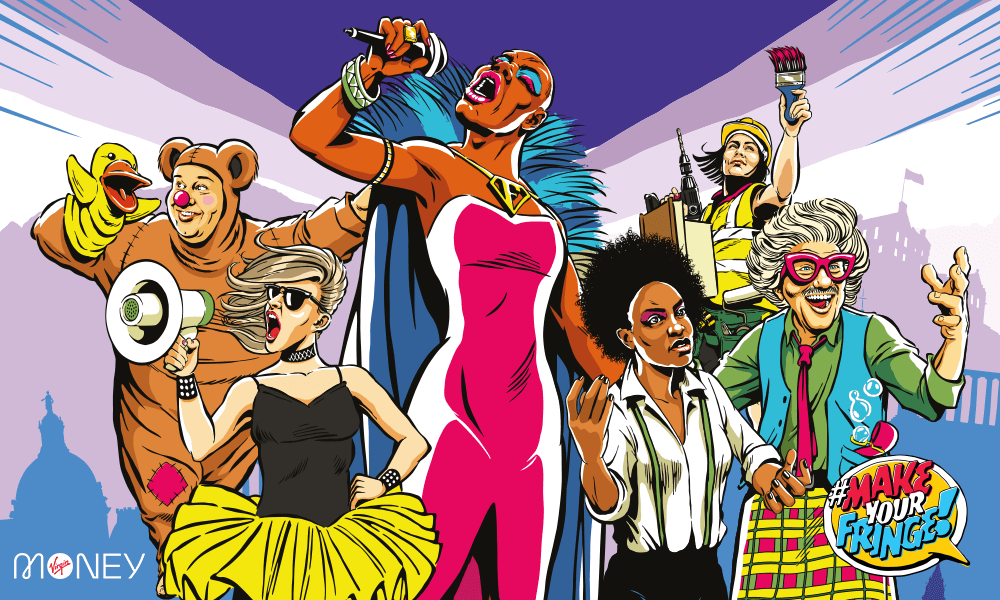 Speaking of the Fringe 2021, we hope it will be back in full force, bigger and better than ever before, and I for one cannot wait for it!

Even if it will have a ridiculously high number of comedy musicals about some sort of virus….