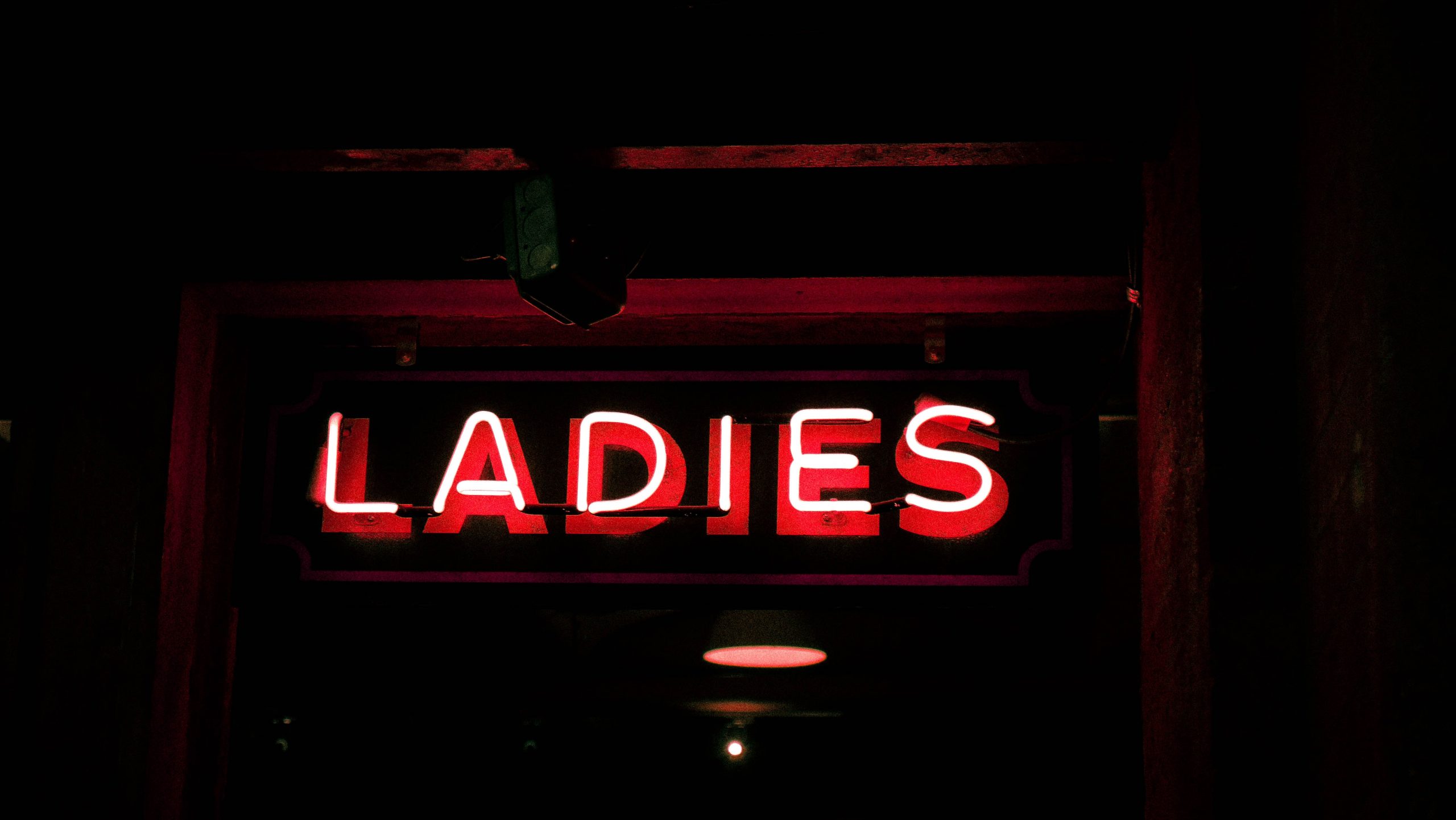 International Women’s Day is celebrated worldwide on the 8th March. There are many women in our lives whom we celebrate on this day and you have inspired us from our mums and sisters to grandmothers, aunties and friends but this year we, the YOURgb team, asked one another who has inspired us professionally.

What does it mean to be inspired?

If someone or something inspires you, they give you new ideas and a strong feeling of enthusiasm.

To have inspiration and be inspired is easy, but to be inspirational by inspiring others takes a lot of dedication. 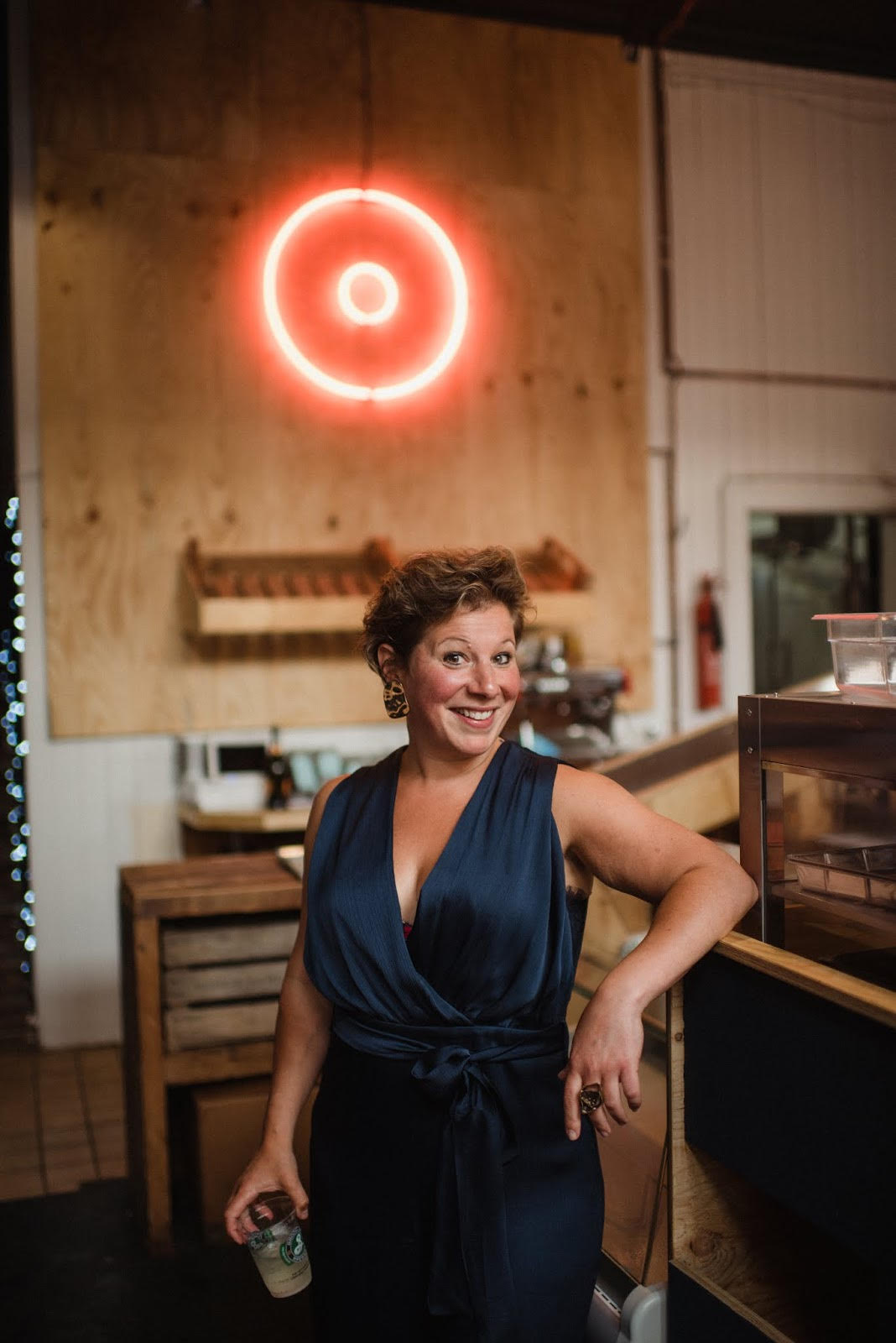 Ooohh tough one! I think for me it would be Larah Bross from Bross Bagels – from Montreal, Canada – she grew up, like me, wanting to be a STAR and perform on stage. She was a lot more successful in that, than me, as she’s worked at Disney, hosted the South African club house for the Olympics, worked on cruise lines, moved to New York for four years to become an actor – and survived through that 4 year stint proudly earning money as a bartender. She then became a comedian, fell in love with her now hubby, and moved to Edinburgh. I saw her perform at The Stand Comedy Club a loooong time ago, and during her time in stand up here she also ran a youth theatre group – which I massively respect and deem really important work for the youth of our lovely city.

She started Bross Bagels quite simply because she LOVED bagels, and couldn’t get a decent one anywhere. She has turned her idea of ‘one small cafe’ into a chain in nanoseconds, and she’s done it all whilst growing her brand and raising her profile – with a hilarious, genuine, innuendo filled and imaginative persona – and allll whilst raising two kids.  The day she opened Bross Bagels in Portobello there was a queue half way down the street, she now we has six locations – Portobello, Leith, West End, Stockbridge, Bruntsfield and Waverley – and a social media following that safely admits her into the ‘influencer’ world. Some woman! 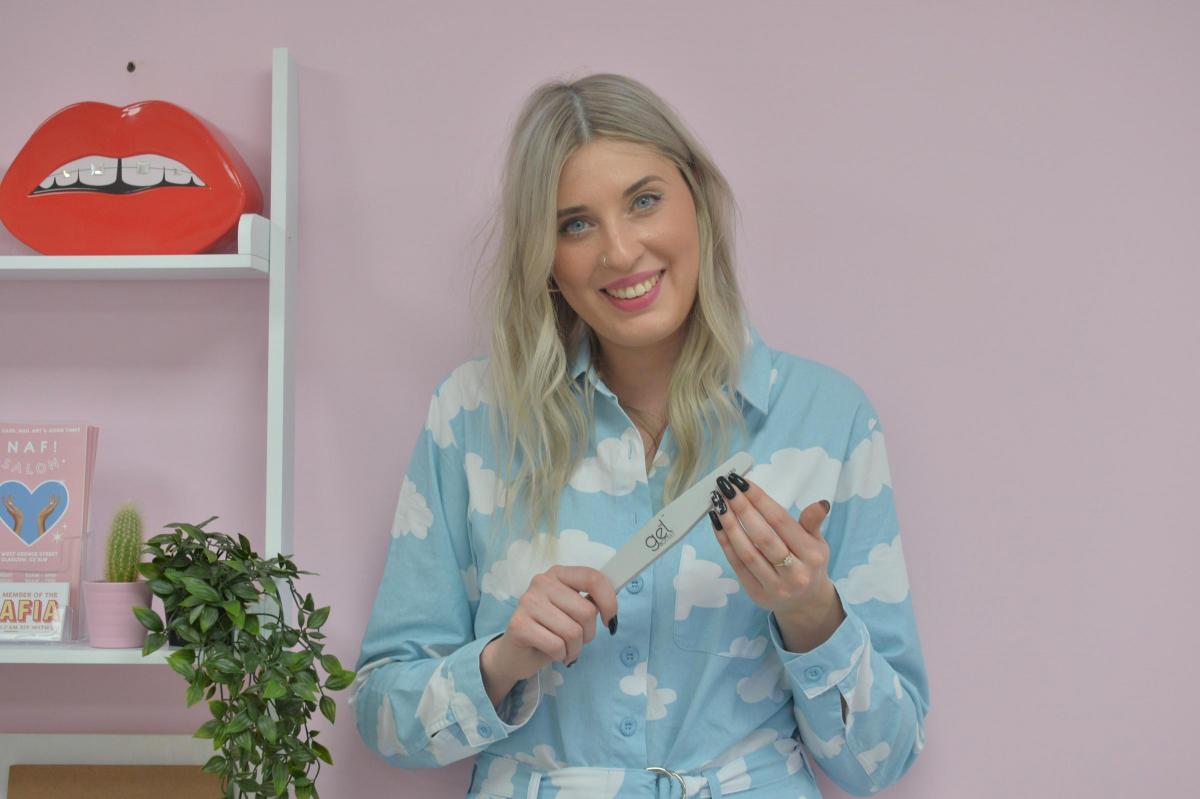 I was part of a placement programme at University and it was here I first heard about Tammy, who founded NAF Salon, based in Glasgow. From here she has turned a nail salon into a multifaceted business with a school and collection of nail goodies. When lockdown was imposed, all non-essential businesses had to close, but Tammy pivoted to selling more online and provided the incredible hand painted nail designs NAF is known for at home. I have seen Tammy speak at a few events and I’m in awe of the business she has created and grown over the years and continues to build on.

It’s inspiring to see a Scottish woman go from strength to strength doing something she is truly passionate about, with a team of equally strong people beside her. The incredibly strong ‘NAFIA’ following online I’m sure will be waiting with me to jump onto their booking system when we can! 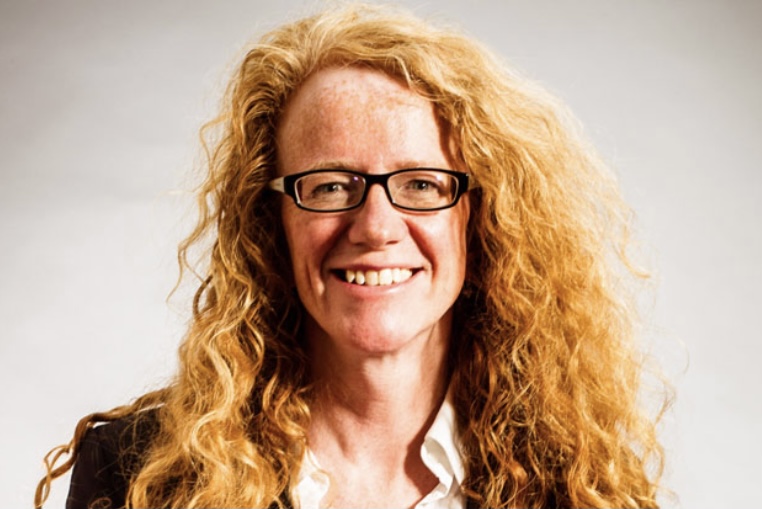 Sally Hancock is one of a kind. I was lucky to work with her on the sponsorship of the London 2012 Olympic & Paralympic Games where I was challenged to deliver the best sponsorship ever.

Her blinding optimism was infectious, and her courage and gifted leadership inspirational. Her knowledge across the sporting landscape is second to none and I will always be grateful to Sal for allowing me to understand how sport has the power to change the world. 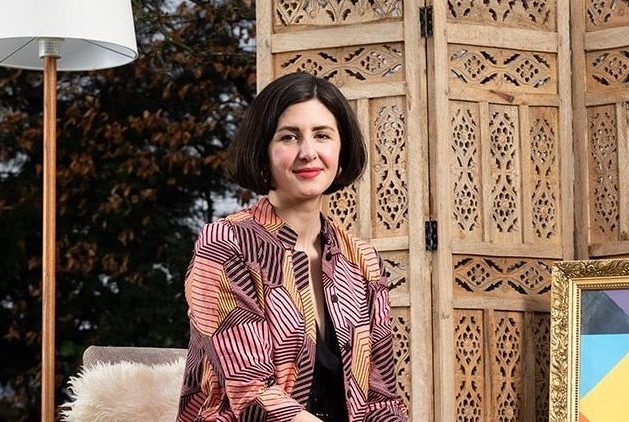 An inspiration for me would have to be Laura Westring, a writer and leadership communications consultant who leads Public Affairs at Amiqus, a tech for good company. During her EU career her work to help young women gain positive leadership skills was recognised by Barack Obama when the White House requested that she introduce the President’s Address to European Youth during his 2014 visit to Brussels.

Laura’s speech made headlines and later that year she became the youngest political speechwriter at the European Commission. Ronald de Bruin included a chapter about her impact in his book Twenty-First Century Leadership for EU Institutions. After the EU membership referendum in 2016, Laura returned to Scotland to work with profit for purpose companies. She believes trends in speech making are an important indication of the health of our democracy and occasionally provides news commentary. Laura is a trustee of the John Byrne Award and an inaugural Alfred Landecker Democracy fellow. Laura is also my sister! 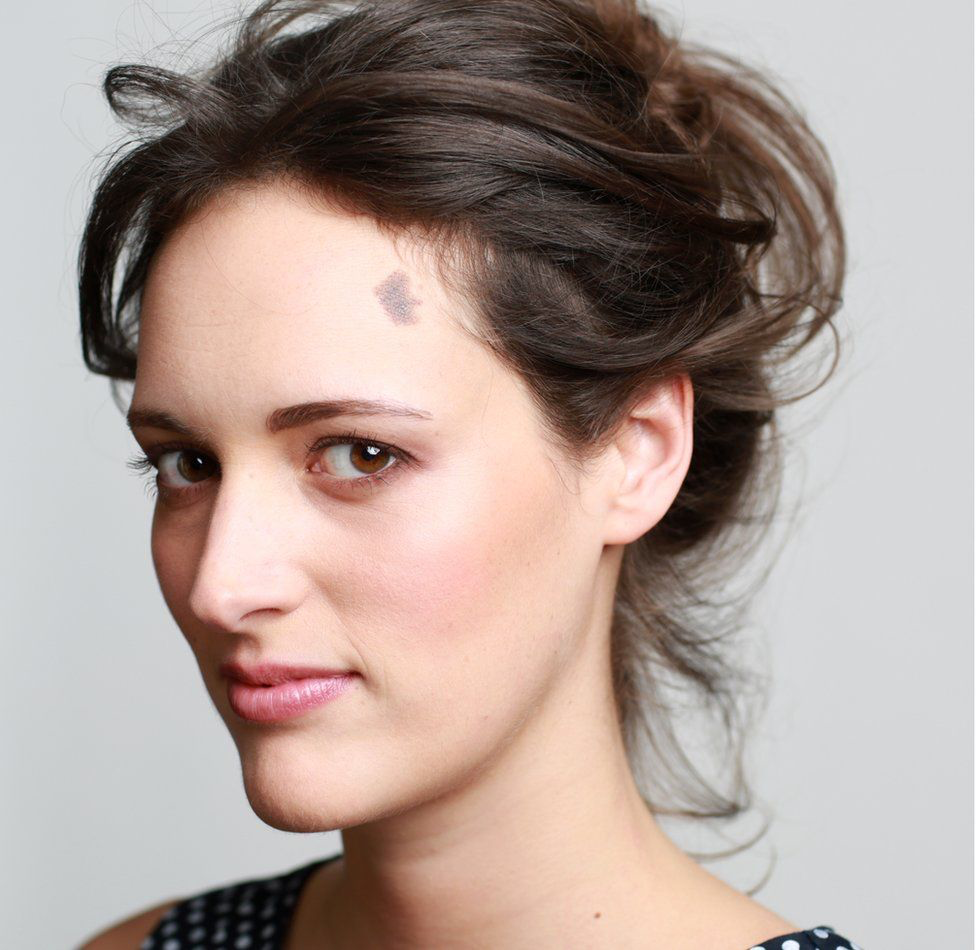 Back in 2013 Phoebe Waller-Bridge brought her stage play, written and performed by herself, to the Edinburgh Fringe and it went down very well. This was Fleabag, which since then turned into a TV series, has won lots of awards and propelled her career. She has now written the hugely successful Killing Eve, has been a droid in Star Wars, and has recently been brought on board to spice up the recent James Bond script.

I once had reservations about acting in something I had written, but seeing how well it can be done, is a real inspiration to get back into it and to not stop trying things out. The added bonus that this all started from the Edinburgh Fringe adds even more incentive to get out there and do it. She is a genius in her own right and her acting and writing is brilliant, heartbreaking, funny and fearless, definitely something to aspire to. 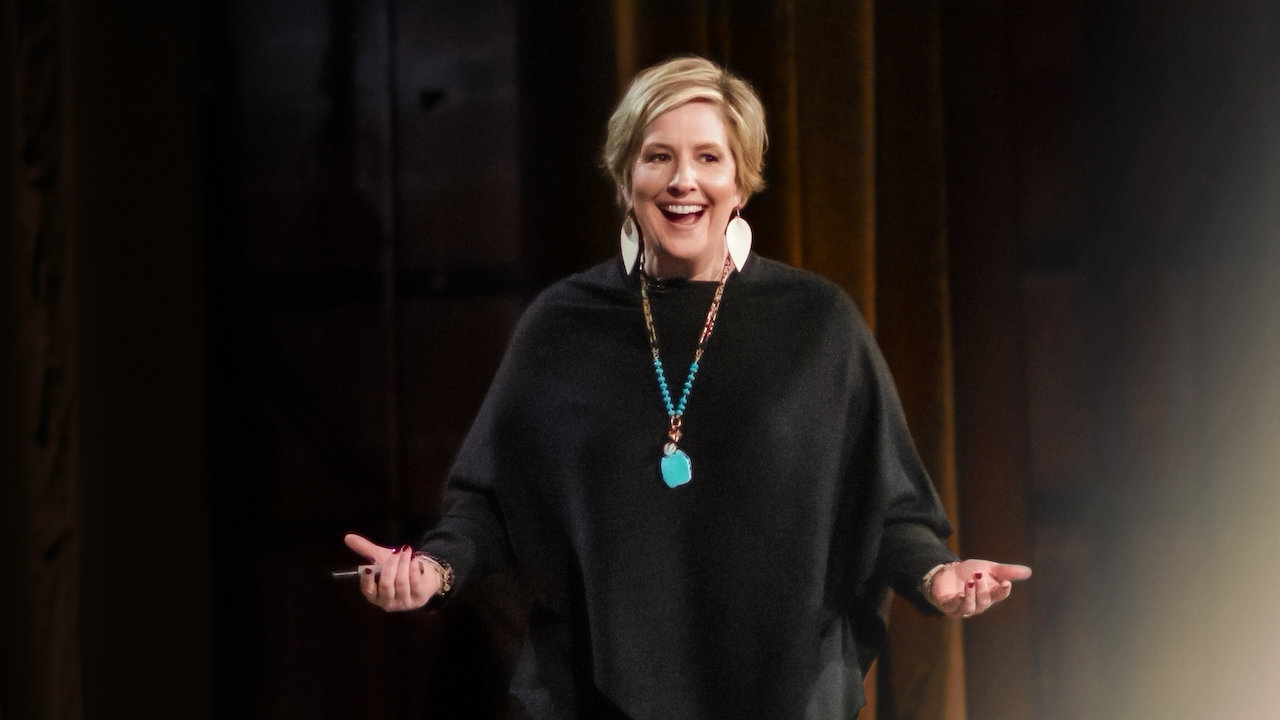 Brené Brown is internationally recognised for her research on the connection between vulnerability and courage. She has spent the past two decades studying courage, vulnerability, shame and empathy. Along with being an author of five #1 New York Times bestsellers; her 2010 TED Talk, “The power of vulnerability,” is one of the most viewed talks in the world and for good reason!

I first discovered Brené from watching her Netflix special ‘The Call to Courage’, where she talks very openly and honestly about the connection between vulnerability and courage. Both professionally and personally, her message and learnings on this topic has resonated with me, which in turn has helped me to push forward and ‘Dare Greatly’! 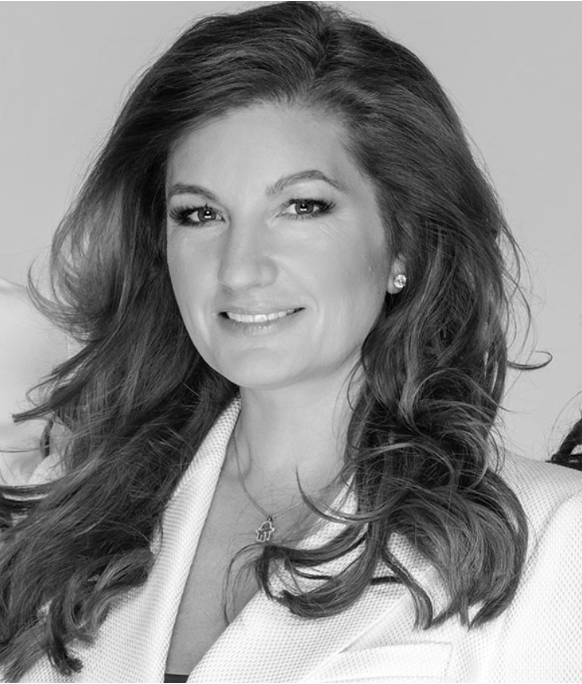 For me, it has to be Wonder Woman… I mean Karren Brady! Not only is she an absolute babe with the bounciest blow dry, but she is a fiercely driven businesswoman who continues to carve the way for women in business and make men move over!

She is recognised for breaking through the glass ceiling and becoming known as the first woman in football when she was named Managing Director of Birmingham City Football Club at the age of only 27! She is the Small Business Ambassador for the Government, a phenomenal and inspirational speaker, a mother and a non-exec director of global fashion, media and university businesses.

As if this wasn’t enough, she remarkably finds the time to appear on Lord Alan Sugar’s – The Apprentice and highly entertains us all with her quick wit, hilarious one liners and patience of a saint! 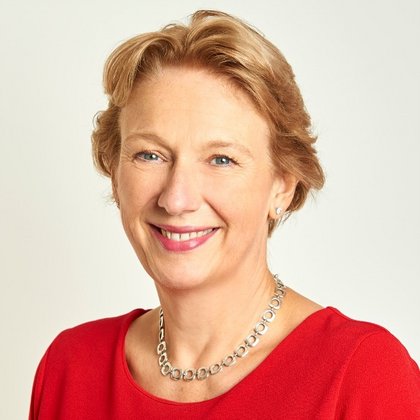 During my university years I was an intern at Virgin Money and had the pleasure of working underneath Dame Jayne-Anne Gadhia. She was the CEO from 2007 until 2018 and is considered one of the financial services industry’s most senior and best-known women.

Having previously only ever worked in male led businesses, it was truly inspiring to see Jayne-Anne Gadhia at work. She was powerful and inspiring and lead the business with a genuine and human approach. I had so much respect for this high-powered woman, CEO and mother –the true essence of girl power.

YOURgb are proud to be a thriving women-led business. Every day we celebrate the achievements of women, big and small, raising awareness about gender equality in our day-to-day life.