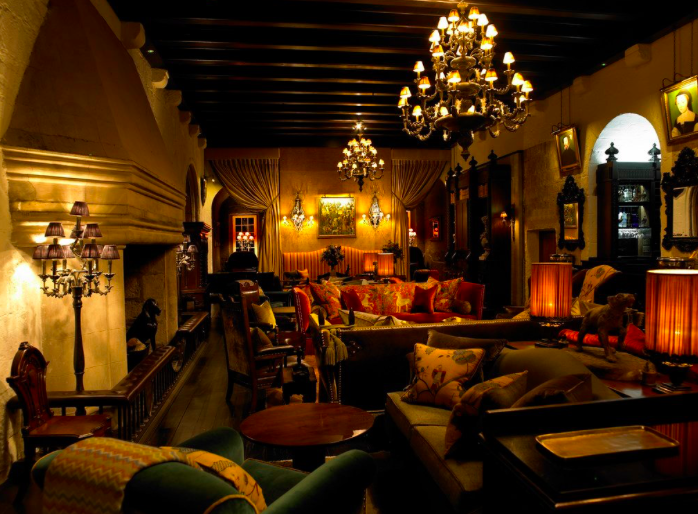 On a cold, blustery September morning, Hilary and I took a short drive into the country to visit the breath-taking Borthwick Castle. As soon as we arrived, we were taken aback by the beautiful setting of the striking castle surrounded by rolling Scottish countryside.

We spent the meeting sitting in an alcove beside a window where Mary Queen of Scots famously fled the castle in the 1567. We tried homemade shortbread, drank some delicious coffee, and learned about the rich history of the Castle, along with the more recent journey which has made Borthwick the venue which it is today. 2 years ago, the castle was purchased, restored, and reopened as a private hire venue. They host weddings, corporate incentive groups, and offer exclusive private hire of the venue for groups, along with running quarterly non-resident dining experiences with their head chef Derek Johnson, recipient of the National Chef of the Year award and former contestant on Master Chef. 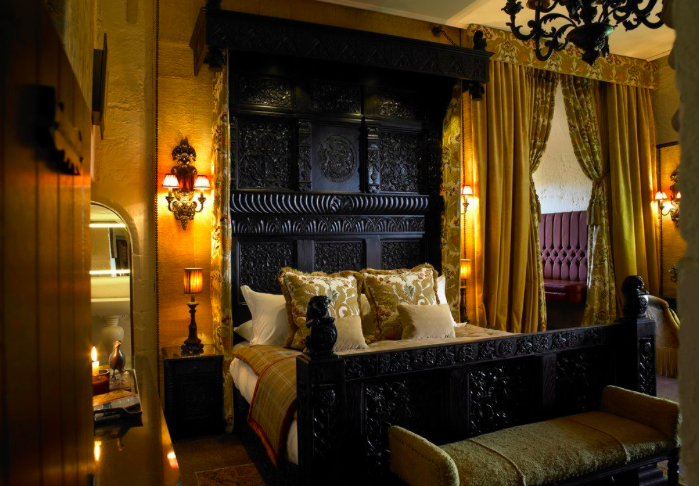 The castle has been restored beautifully, and perhaps the most impressive aspect of this extraordinary building is the absolute unending attention to detail in its renovation. The renovation of the interiors was led by Melanie Brown, and her unwavering loyalty to the traditional aspects of the building is apparent throughout. The interiors are stunning and luxurious, with exquisite hand-carved furniture, and plush royal textiles. Modern luxuries such as ample plug sockets, heated floors, and complimentary mini bars are disguised brilliantly behind the extensive traditional theming. Stepping through the rooms feels like stepping onto a Hollywood film-set but also feels cosy and inviting, which is a winning combination. Each of the rooms in the castle tells an individual story which is entirely inspired by the famous figures who frequented the castle in times gone by. Oliver Cromwell, Mary Queen of Scots, Lord Bothwell, and Sir Walter Scott, to name but a few. 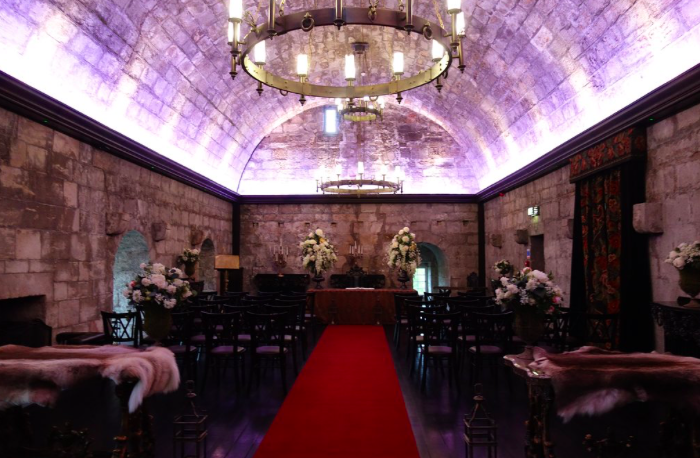 There are so many reasons why this venue has to be seen to be believed, but Hilary and I both agreed that the main reason that Borthwick feels so magical is simply down to the love that the team has for the building and its history. It’s safe to say that this unbelievable hidden gem stole both my and Hilary’s hearts, and we can’t thank the team at Borthwick Castle enough for inviting us out to experience it ourselves. 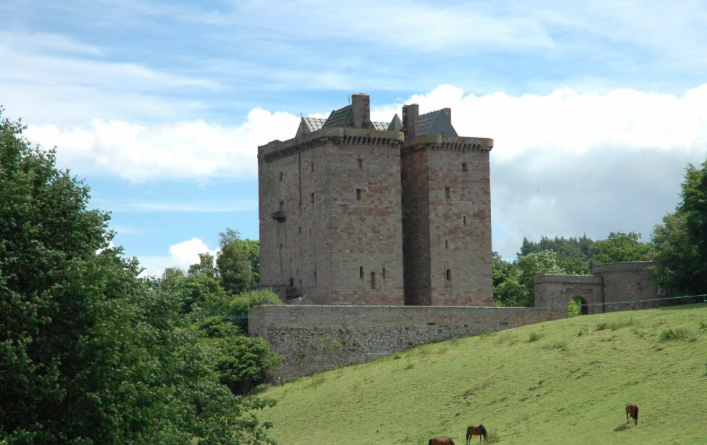