Previous Next Back to our work

As part of Laphroaig’s #OpinionsWelcome campaign, YOURgb worked with Laphroaig to deliver a sampling activation throughout Manchester, Liverpool, Glasgow and Edinburgh. The fun and light-hearted activation encouraged people to try Laphroaig, offering samples of the neat serve and original Laphroaig cocktails to consumers, asking for their honest opinions and thoughts, whilst capturing their best ‘Laphroaig Face’ upon trying the whisky.

The aim of the activation was to encourage people who have not yet tried Laphroaig to get involved in a fun and engaging way, whilst gathering their honest opinions and thoughts.

YOURgb was responsible for designing and delivering the brand sampling activation kit and sampling team, as well as management and running of the on-site activations throughout Manchester, Liverpool, Glasgow and Edinburgh.

"YOURgb were our partner agency for the Laphroaig #OpinionsWelcome Sampling campaign in 2019 and were a huge support from the initial concept development through to the execution. Their admirable expertise helped to elevate the campaign that allowed us to reach more on trade customers and consumers which in turn exceeded all of the activation targets. Thank you YOURgb for your continued support and we look forward to the next evolution of the Laphroaig sampling campaign in 2021."

"It is always a real pleasure working with YOURgb. The team are efficient, collaborative and constantly deliver for us a... 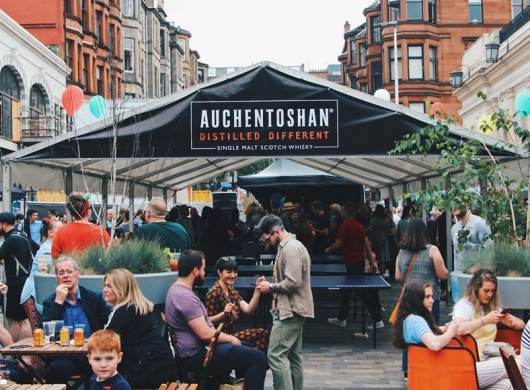 "Experiential events are hugely important in terms of bringing our brand ‘to life’ for consumers and YOURgb enabled ...