THE SUMMER OF THE LONDON 2012 GAMES

Today would have been the Opening Ceremony of the Tokyo 2020 Olympic Games. The nerves of the athletes, the excitement of the spectators and the wonder of the venues would have combined to create an atmosphere like no other. Today would have been the start of the ‘greatest show on earth’. But our dear enemy COVID-19 put a stop to that, and the hopes and dreams of so many were completely shattered.

As we won’t have this fantastic summer of sport, the BBC have brilliantly decided to show some of the amazing highlights from the Rio 2016 Games and the London 2012 Games. For me, that summer of 2012 is one I will never forget so this blog is a little insight into the part I had to play.

I was incredibly lucky to be part of the London 2012 Partnerships Team at Lloyds Banking Group where my role was to activate the sponsorship across our business clients through Marketing, PR & Events. I started the role in 2009 so had 3 years to create and implement the plans. We were ‘3 years out’ and all I had was a blank sheet of paper. It was soon filled with brilliantly executed campaigns and events which kept our business clients engaged and excited.

I was part of a wider team under the bold and visionary leadership of Sally Hancock who is a friend and supporter of YOURgb today. Sal was clear from the start – we had to deliver the best Olympic and Paralympic Games sponsorship ever! That mission never faltered and every one of us played a part in achieving it. Proud doesn’t come even come close to how we all felt! 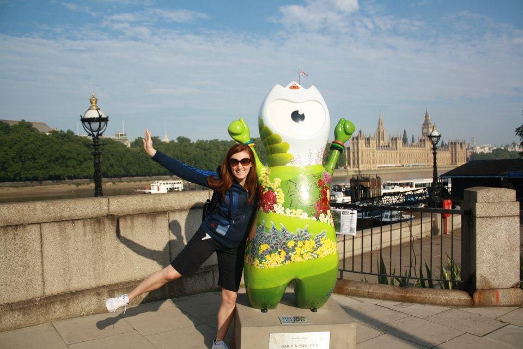 For the B2B market, we provided guidance on how to win London 2012 related business contracts, we demonstrated the parallels between business and sport (tapping into the knowledge of some amazing Olympians and Paralympians) and we ensured that businesses were Games time ready to make the most of the opportunity. All of this culminated in clients being invited as our guests to the London 2012 Olympic and Paralympic Games.

So, what did that summer of 2012 look like for me? Firstly, I have to mention my lovely hubbie. He had moved to Houston, Texas ‘6 months out’ for an amazing work assignment and I stayed in London. We had only been married for 8 weeks when he left, but I still stayed behind. Because I wanted to, and I needed to see my job through. I had to experience a Games on home soil after all the years of planning. I simply couldn’t let my team down (more on the team later!). My husband and I made it work. I commuted between Houston and London each month (I had a super understanding boss at the time!) and then in June 2012, I made my last trip across the pond to spend the summer in London with my Games time family.

When I think about my Games family, I still get emotional, even now. I’ve never been part of a team like it, and don’t think I ever will again simply because the summer of 2012 was so unique. Many of us were newbies to a Games experience but a lot of the team were ‘gypsies’ having travelled around the world from Games to Games. I was literally a sponge soaking in all that knowledge to make sure I did the best job possible. We lived in each other’s pockets for weeks on end experiencing so many highs, lows and everything in between, TOGETHER. The hours were long, the laughs were loud and we knew we had each other’s back every single day. I just need to listen to Coldplay’s ‘Every Teardrop is a Waterfall’ and I’m right back there, with my Games family. We are now dotted all over the world but life-long friendships were developed with a truly special bond connecting us all.

Back to the fun stuff………

The Olympic Flame landed on our shores in May 2012 and toured the UK for 70 days. The media was behind that flame every step of the way. Lloyds’ sponsor activation of the Olympic Torch Relay was mind-blowing and the nation was gripped and couldn’t wait to see who would light the Olympic Cauldron on the night of the Opening Ceremony. I’ll never forget being on the rooftop of the Trafalgar Hotel in London seeing packed streets follow the Relay as it made its final journey towards the Olympic Park.

Every way you turned in London, it has been transformed. So many iconic areas were being used as venues, not to mention the Olympic Park where the development and infrastructure was awe-inspiring. London was ready – the athletes, the volunteer Gamesmakers, the transport system, the security, the lives sites – everyone was ready, including little ole’ me!

The Guest & Hospitality programme we delivered was the largest and most complex ever created for an Olympic & Paralympic Games. The planning started in 2009 – yes, 3 years out – to make it work because there were so many brands and business units in Lloyds Banking Group that needed to come together. I worked there was 17 years and trust me, it rarely happened but we made sure it did!

Every guest touch point had been thought through and carefully planned. From the moment a guest arrived to the moment they left we thought of everything, even from the type of fork they used at dinner! For 17 days of the Olympic Games and 10 days of the Paralympic Games, our team made sure our Guest & Hospitality Programme ran as smoothly as possible. I was incredibly lucky to see some of the best sport in the world and so many Team GB medals but please don’t think it was all glam and glitz! Anyone who works in the events industry knows it’s a hard graft and in a live setting you are thinking on your feet every minute of the day (and night!). I’m not able to share some of the crazy requests we received from guests but we did everything in our power to keep our guests happy………oh, that sounds a little dodgy, but you know what I mean.

We all know that positive guest feedback makes all the blood, sweat and tears worthwhile. We had that in abundance! Our guests were blown away by the experience provided so our attention to detail definitely paid off. From the slickness of the transport system, the food and beverage options, the hotel locations and of course the sporting experience, it was simply perfection. But when it was all over, I knew it was time for me to say goodbye to my Games family, head back across the pond and start my married life in Houston. Once the adrenalin of the live events subsided, and the exhaustion kicked in, it took me weeks to recover, but it was WORTH IT.

The Games in Tokyo may be delayed for a year but when they do happen, it will still be the ‘greatest show on earth’. Even COVID-19 doesn’t have the power to take that away. 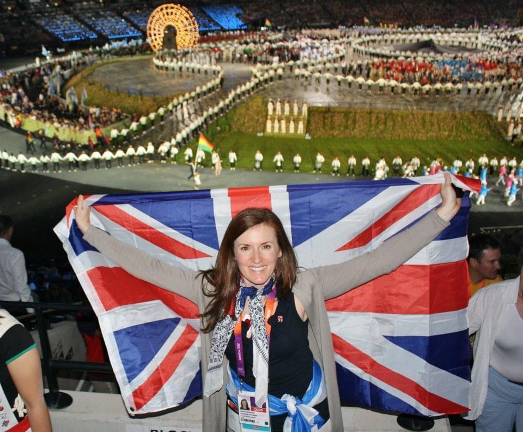 “Sports have the power to change the world. It has the power to inspire, the power to unite people in a way that little else does. It speaks to youth in a language they understand. Sports can create hope, where there was once despair”